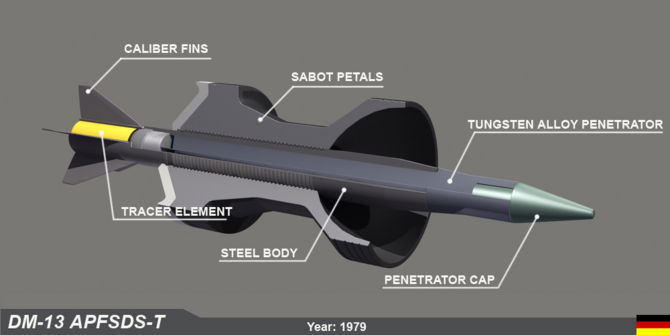 Entering service in 1979, the DM13 was the first type of APFSDS cartridge for use in the 120 mm Rheinmetall tank gun. Shortly after introduction, it was discovered that the DM13's performance was sub par in comparison to then current Soviet armor, and was quickly replaced by the DM23 in 1983. When the U.S. adopted the 120mm Rh cannon for the M1 series, a depleted uranium cored version of the DM-13 was brought into service as the XM827 for testing purposes, but never fielded.