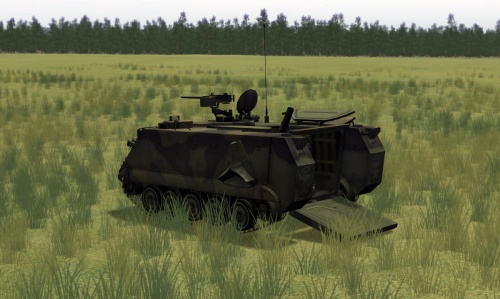 The M1064A3 is a self-propelled mortar-carrier that entered US service in the mid 1990's, and is based off of the venerable M113 chassis. Armed with a 120mm M120 smooth-bore mortar, it can fire HE, Smoke, and Illumination rounds out to 7200m at a sustained rate of four rounds per minute. Beginning with Steel Beasts Pro PE version 3.002 the M1064A3 is fully functional as an high-angle indirect-fire piece capable of firing HE and Smoke missions.

Note: The M1064A3 is not player crewable and carries no dismounts. Additionally, although a base plate is modeled on the vehicle, the mortar may not be dismounted. If given engage/battle position orders, this vehicle will position itself with the back toward the enemy. 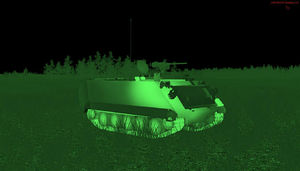 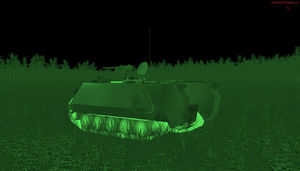