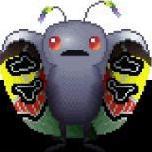 Update: If you strongly dislike the manual transverse in the Scimitar please see my thread here for a third party program that can work around it.

Hello, this is my first released mission for Steel Beasts, I am someone who prefers light armor and wanted to make a fun mission around it. This mission was designed in single player but I see no reason why it wouldnt work in co-op.

This mission is set in the late 90s during a fictional African conflict, 2 Scimitars and an SF team must secure intel from and destroy a disabled enemy command vehicle before the enemy can recover it themself. The mission is designed to be challenging but with lots of random events for maximum replayability. The objective can spawn at one of 4 locations, the main enemy force is made up of 2 parts each have 4 different configurations and multiple routes into the objective and there are many patrols, ambushes, ieds etc that can spawn at certain places.

The scenario does not have a password so feel free to edit it if you wish to play it with a different vehicle or modify it but please just credit me if you use any part of it below I will paste the full mission briefing:

ATTN: This mission uses random scripting to place the objective and setup the enemy forces. You will be given the objective location at mission start once the script runs so please start the mission when ready and setup your plan then if needed.

a) Enemy:
RED is an African nation mostly equipped with Soviet bloc era light armor and PCs, BMP1 and BTR60s are used in large numbers but they also have some scattered vehicles from other western sources. They also operate various technicals in both the government and insurgent forces. We have also had reports of what are suspected to be Russian backed mercenaries operating with them. These mercenaries are much better equipped and trained. They have been seen operating from their own BMP-2s, BTR-80s, and even Mi-8s.

c) Attachments and detachments:
Repair, supply, and medical vehicles are on standby at the checkpoint should they be needed.

We have recieved information that during an ambush and skirmish last night with allied militias an enemy command vehicle (MTLB) was disabled and abandoned until recovery could be made in the morning. This vehicle could be a source of very valuable intel and also may hold evidence we can use to prove the activity of Eastern European mercenaries active in REDs ranks.

The Ose river has formed a natural border for the conflict in this area. The 2 bridge crossing areas are flimsy and only very lightly armored vehicles are able to cross. The steep marshy banks make crossing with amphibious vehicles or laying a bridge very difficult. The checkpoint was established to help cut down on the number of insurgent vehicles crossing here to make their way to support the conflict in the North. Our Scimitars are among the heaviest vehicles that can safely cross the bridges. Even an M113 is too heavy to cross so if you need repairs you will have to try to tow the damaged vehicles back across the river.

Now that the sun is up RED will be launching an effort to secure the vehicle themselves so that one of their American M60 based recovery vehicles can safely enter in a second convoy to retrieve the vehicle. If they should beat you to the vehicle you are welcome to interdict and frustrate their attempt to recover the vehicle if it is safe to do so. The recovery vehicle is one of the only heavily armored vehicles in the region as most have been relocated to the main front.

The bulk of the enemy forces are organized far in the south and it will take some time to arrive, but expect to run into lookouts and patrols along the river. You should also be wary of possible patrols and enemy insurgent activity and ambushes in the disputed area south of the river however the odds of running into any hostiles north of the river is very low. Be ready for combat once you approach the river and anywhere south of the river. BRDMs, BTRs, and Technicals are a common sight near the river.

Your mission is to secure the area around the disabled enemy vehicle ASAP. Your Scimitars are very fast and have excellent cross country performance so use this to your advantage. Once the area is secure get the SF team within 50 meters of the objective and give them a few minutes to gather any intelligence and place an explosive charge at this point your orders are to pull out and escort the SF teams truck back to safe territory to the North of the Ose river.

When the mission starts you will be given a grid reference of the rough area of the objective, this is a limitation of the system to randomly place the objective so please pause the mission after entering if you desire to make a plan.