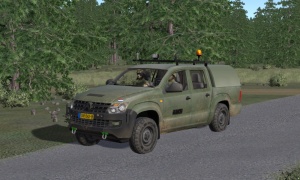 This vehicle is a militarized version of a common Central-European manufactured 4-door pickup, popular from 2010 on. Modified by Rheinmetall to meet German military requirements, Steel Beasts models two versions of this vehicle: a four-door unarmed “civilian” version in Royal Netherlands Army markings, and a four-door armed “technical” version carrying a two-man scout section. Both versions may be manned at the Driver's (F9) and Commander's (F7) positions, while the “technical” version adds the Gunner's (F6) and Squad Leader's (F11) positions as well. 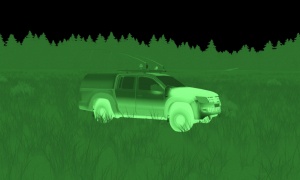 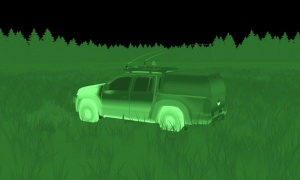 As with other armed vehicles F2 brings up the mounted weapon's sights while in the gunner's position. Thermal sights are available for mounted ATGM systems (Num +), but all other weapons feature "iron" sights only. NVG views are available at all crew positions under appropriate lighting conditions if the vehicle is so equipped (rev. 2.640). Note that NVGs are useful for observation only, and have no effect on weapon sights.