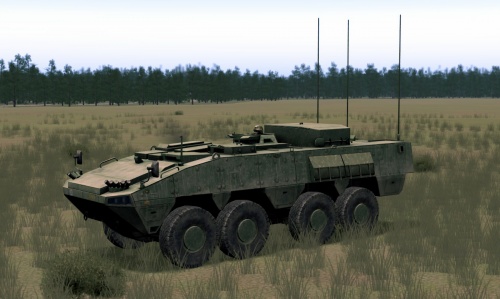 The XA-360 is fitted with interchangeable ballistic armor modules of various thickness that can be tailored to suit mission requirements. This includes frontal protection against 30-mm armor-piercing rounds, RPG resistance, and high mine/IED/EFP protection being able to withstand up to a 10 kg TNT blast. By default, the XA-360 is unarmed, but in Finnish service is fitted with the M151 Protector remote weapon station, and the design is capable of carrying a wide variety of weapons stations including autocannon and 105/120 mm cannon equipped turrets. The XA-360 is amphibious with minimal preparation.

This vehicle is crew-able at the Commander's (F7), Gunner's (F6 when a RWS is mounted), Driver's (F9), and Squad Leader's (F11) positions, but only partially modeled with rudimentary interiors. The dismount section for the AMV XA-360 is 8 men, equipped with 2 M136 (AT-4) light anti-armour weapons, an MG3, and 5.56mm rifles. 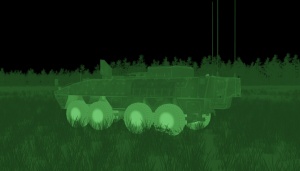