The ASLAV-CS is an armoured combat support vehicle based on the ASLAV-PC that provides refueling services to the armed vehicles represented in Steel Beasts Professional. As with other such vehicles, it may be made available to Blue, Red, and other factional forces and will only resupply units of its own side.

Resupply of fuel can be accomplished by moving the unit which requires resupply close to the vehicle and then waiting. Resupply will automatically commence within a couple of minutes. Note that full resupply may take some time.

This vehicle is crew-able at the Commander (F7) and Driver's (F9) positions, but only partially modeled with no 3D interior views. 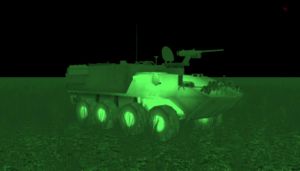 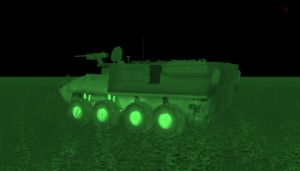