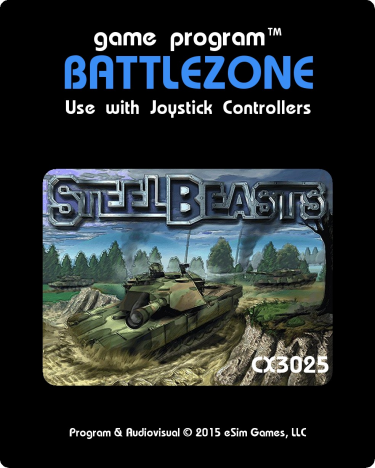 Battlezone is a co-operative scenario/event created by Volcano.
Current scenario version: Battlezone 2017-4023a

Battlezone is a co-operative community event where, during select TGIF sessions or special events, a group of players will form a tank platoon and defend against nearly endless waves of AI enemy forces who are trying to breach a central point on the map which the users must try to defend. If the AI enemy force reaches the center the game is over and the score is totaled.

The event pays homage to the great tank game of 1980. No one is ever really intended to "beat the scenario", rather, the objective is to see how many waves your team can survive, and who can set the highest score. The goal is just like the arcade games of old: to set the #1 high score that stands the test of time!

NOTE: High scores are only recorded from official play during TGIF (scores cannot be submitted outside of official TGIF play) and during some special events.
*: This score was gained before a fix was made to correct a broken (missing) Wave 11.