Similar to the Pizarro, the CV 90/35 DK features an "end-of-belt" stop to avoid firing too many rounds, greatly increasing the required time for subsequent reloading. This stop kicks in when 21 rounds are left. To override, press the button map to the (by default unassigned) 'override end-of-belt stop' command.

To reload, turn the turret to the 9 o'clock position and elevate the barrel slightly. The TC should confirm the correct positioning with the 'On' command. 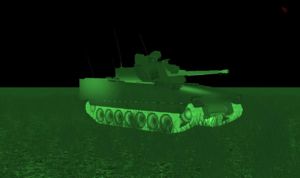 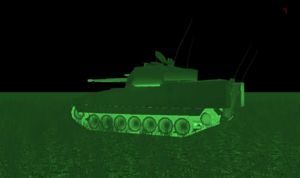