Difference between revisions of "CV 90/40-C"

The CV9040C (Stridsfordon 9040C) is an upgraded version of the CV9040B for use in international missions. All-around armor protect was increased with add-on modules, a device to set fuses for firing programmed ammunition such as the 3P (Kulsgr 95LK) was added, and all optical equipment was upgraded with laser safe eye protection. The engine and braking system was also adjusted to accommodate the additional weight of the add-on armor package (approximately five more tons). Additionally, both the smoke dischargers and 7.62mm machine gun has been moved to the top of the turret. Note that the machine gun remains coaxial with the 40mm gun. 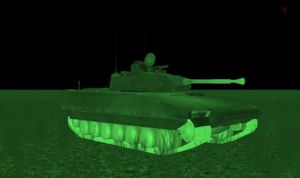 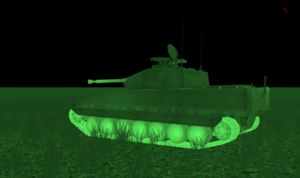