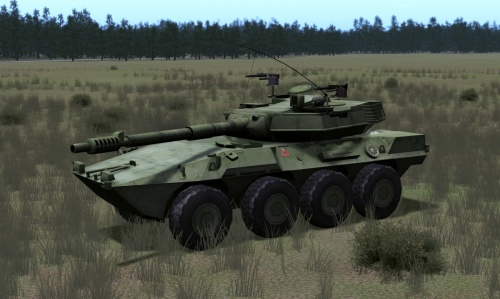 The B1 Centauro in Steel Beasts Professional 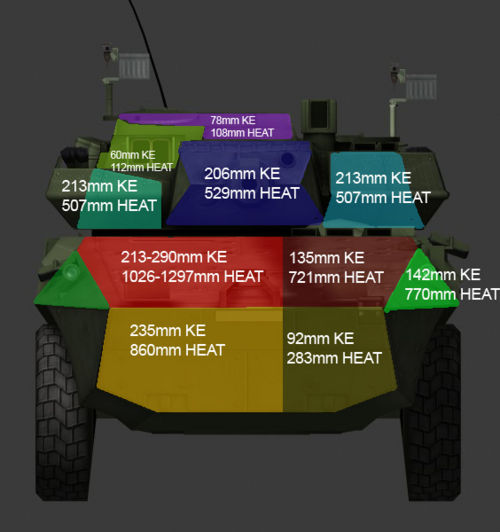 The Centauro is an Italian-produced 8x8 wheeled tactical reconnaissance vehicle and tank destroyer in use by the Italian (1991) and Spanish (2000) armies. Although classed as a "Tank Destroyer" the Centauro is better used for tactical reconnaissance and fire support rather than to engage enemy armor. With this in mind, the Centauro is typically employed as part of a light armored cavalry platoon consisting of: a two vehicle section of Centauros, two scout sections of two VEC-M1 cavalry reconnaissance vehicles each, and one platoon command vehicle (VEC). It sees similar use with Italian forces, paired with their 4x4 and 6x6 Puma APCs, but in a near one to one ratio.

As currently modeled, all crew positions are player-controllable, however, it should still be regarded as work-in-progress. For this reason, there are no tutorials for this vehicle yet. Additionally, this article is also work-in-progress and may contain some wrong information

Note that revisions prior to 3.002 had a bug where having Centauros present in a scenario generates masses of network traffic, and those scenarios tend to be unreliable for Internet play. LAN and single user scenarios are unaffected. 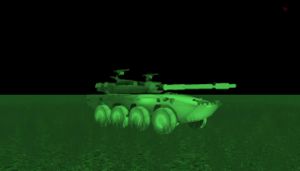 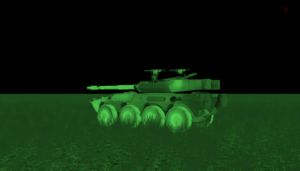 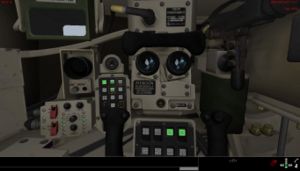 The commander's place is to the left of the gun. It features a GPS extension, a Peri, and vision blocks. The commander may unbutton and move the viewpoint outside of the vehicle. As of version 3.011 he can man the external commander's MG3, by pressing the Alt+F3 keys.

This seems to be just a replication of the gunner's primary sight's TI channel. Toggling the TI via Num + just turns it off (?).

There is no symbology displayed in the sight.

The commander's peri features two magnification levels (press N to toggle, note that the screen will blank for a second or so while the observation system moves into place) and three modes of operation (selected using the P key (or palm switch) and the right mouse button, see below): 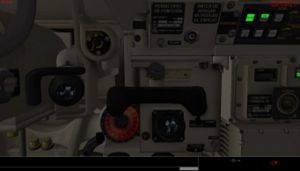 The gunner's station is located to the right of the gun. Note that the gunner can neither move the view through the hatch, nor man the MG mounted on top of the turret.

Centered at the top of the sight are three dots: from left to right they are green, red and orange. The green dot indicates that the system is ready to fire. The red dot blinks after an unsuccessful lase, for instance if you got multiple returns. The orange dot is probably some kind of system status (power?) light. 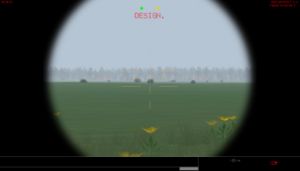 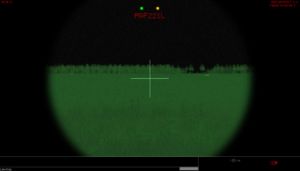 Below the three dots the currently selected ammunition and range is selected. It will display "AF" for sabot, HE for heat, HS for Hesh, RO for whatever that means and MG for the coax. Note that this text will blink as long as no valid firing solution has been entered into the system (this will be explained later). If the commander overrides the gunner this text will be replaced by "DESIGN.".

The firing process is as follows:

Note that since the Centauro's 105mm ammunition has a non-combustible (brass?) case, it can easily (at least compared to M1 or Leopard 2) be unloaded. Just pressing one of the other ammunition hotkeys will unload the gun. Note that you will have to release the "Lead prediction" button in this case, as otherwise the FCS will not be updated and calculate the firing solution based on wrong ballistics data!

There is also the gunner's auxiliary view (F3) which is unstabilized. Note that the gun (and with it the view) has to move to a specific elevation in order to be reloaded. 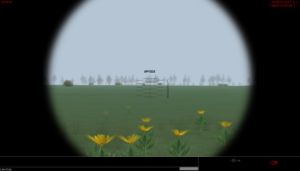 You can change the reticle to conform to your currently selected ammunition using the R key.

This seems to be a bit work in progress, the only usable block is at your right.

When buttoned up, the driver views the world through 3 vision blocks set in the roof of his compartment.