From SBWiki
(Redirected from Drones)
Jump to navigation Jump to search

This is a consolidated page covering the behavior and operation of all drones.

Drones are a relatively new addition to NATO STANAG standard, and so are in their infancy, but Steel Beasts has developed a system of letters to identify the drone's type and role, taken from other NATO STANAG identifiers used for aircraft. NATO should adopt a similar standard at some point, and it could be said that Steel Beasts is pioneering this area.

Non-vehicle drones have a set of standardized controls in the form of on-screen buttons, when you are located in the controlling infantry unit. These may do different things when you left-click the mouse on them, depending on the button's icon.

While in the F2 or F3 view, you can fly the drone manually with these keys:

Launch and recovery of drones is relatively simple. To launch the drone you must first deploy it.

This button deploys the drone and prepares it for launch. Note that this icon can differ, depending on the drone (the drone's silhouette may appear differently).

This button recovers the drone from the ground; the drone is picked up by the infantry unit and the battery is replaced. Note that this icon can differ, depending on the drone (the drone's silhouette may appear differently).

The drone's flight path and behavior are controlled by buttons on the Mission Control row of buttons. The button will illuminate depending on what mode the drone is in.

The Home button is used to have the drone return roughly to where it was launched (Libelle), or where the controlling unit currently is located (Munin), depending on the drone.

The ORBT button is used to have the drone enter an orbit around the view's center. In other words, in this mode the drone will orbit around where the camera is currently pointing on the ground.

Camera controls are done with a variety of buttons that may or may not be present on the drone, depending on the drone's camera properties. Additionally there may be a zoom slider present if the drone is equipped with continuous zoom optics.

The camera power button toggles the camera view on and off. The battery will decrease at a slightly reduced rate if the camera is off.

This button toggles between the targeting (TGT) camera and the navigation (NAV) camera if available (such as the Libelle drone).

This button toggles between different fields of view for the camera, if available (such as the Libelle drone).

This button toggles on the combined day/thermal fusion mode for the camera, if available.

This button toggles on the thermal camera, if available.

This button toggles toggles the thermal view polarity between white hot and black hot modes, if a thermal camera is available.

The munition drone's targets are engaged by pressing the various buttons on the drone's Fire Control Panel.

When a target is in view, most drones will highlight valid targets with a red box. The target is then selected in one of two methods:

This button is used to manually select a target. After left clicking this button, you must left click on a valid target in view, at which point the target will receive a cross hair.

The other method is to use caret button, which cycles automatically through the visible valid targets.
In either case, once a target is in view and is selected, a red cross hair will appear: 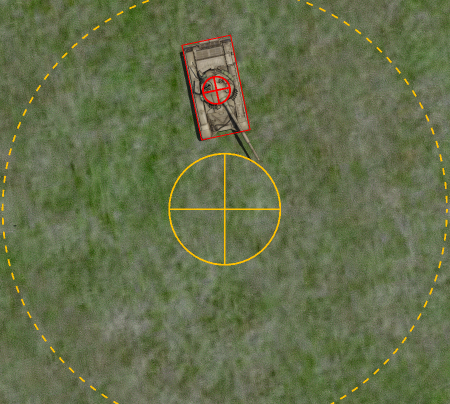 Once a target is selected, the drone must be armed in order to engage it. Left click on the safe/armed switch to arm the drone. 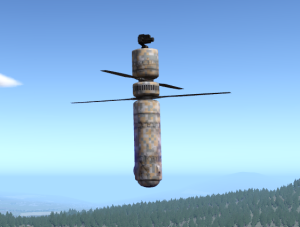 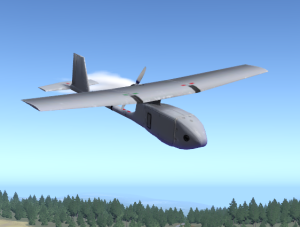 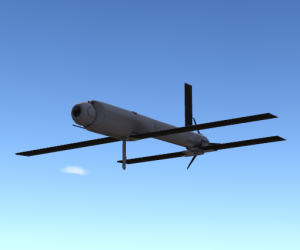 Vehicle drones are larger drones that are not launched by an infantry unit.

The following 4 pages are in this category, out of 4 total.