Difference between revisions of "Jaguar 1A3"

The Jaguar 1 is an anti-tank guided missile (ATGM) armed tank-destroyer in use by the German Bundeswehr throughout the 1980s. A conversion of the "Raketenjagdpanzer 2" (JPzRak) conducted during the late 1970s and early 1980s, the Jaguar 1 received a spaced add-on armor package and replaced the French SS-11 missile with the HOT (Haut subsonique Optiquement Téléguidé Tiré d'un Tube [High Subsonic Optical Remote-Guided, Tube-Launched]) missile system. Ten years later (1993) the A3 configuration received a second generation thermal imager, making Jaguar 1A3 the first Bundeswehr tank hunter vehicle with both full NBC protection and night combat capability. Although not modeled, the externally similar Jaguar 2, a conversion of the "Kanonenjagdpanzer" (JPzK), was equipped with a TOW missile launcher, which features its own thermal imager, but required the opening a three large roof hatches, rendering it useless under NBC conditions.

The crew compartment of the Jaguar 1A3 contains the driver (front/left), gunner (front/right), commander (center/right), and loader (rear/right) whose job is limited to refilling the eight-round revolver type magazine which otherwise provides a very fast reload time.

A total of 316 Jaguar 1 and 165 Jaguar 2 were built between 1978 and 1985. About one year after the completion of the A3 conversion the Jaguar 1 was phased out of German service (1996). Austria, interested in the HOT missile launchers, received 90 Jaguar 1 vehicles as a freebie (without thermal imagers though, which were procured in 2005). Since 2006 the Austrian Panzerabwehrbataillon 1 is in the process of being dismantled until 2010. 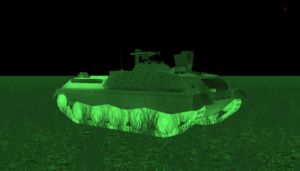 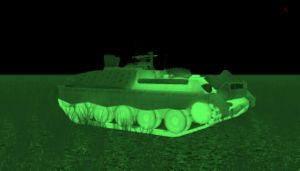