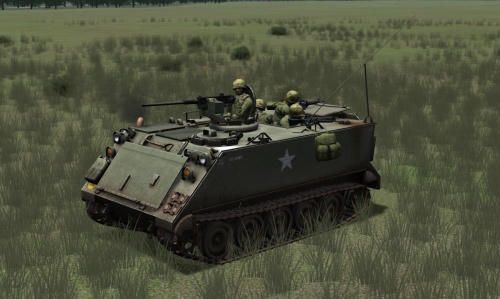 The M113A1 in Steel Beasts Professional

Entering service in 1964, the M113A1 is a re-engined variant of the M113 which replaced the 209hp Chrysler 75M V8 petrol engine with a 215hp Detroit Diesel V6 6V53 diesel and coupled it with a Allison TX-100-1 three-speed automatic transmission in place of the original manual gearbox. This version of the M113 would serve the United States as the principal APC for the Vietnam conflict and Cold War period, and is the basis for a large variety of both armored and unarmored support variants. Produced in excess of 20,000 units, the M113A1 was heavily exported to more than 45 nations world-wide, several of which undertook licensed production. The M113A1 was replaced in U.S. service by the M113A2 in 1978, but some 'A1s in National Guard units were not upgraded until the late 1980s, and a number of foreign operators still have non-upgraded versions in use today.

This vehicle is fully modeled and crew-able at the Commander's (F7), Driver's (F9), and Squad Leader's (F11) positions. 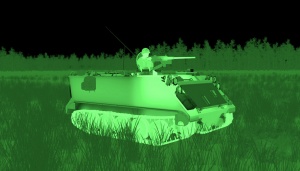 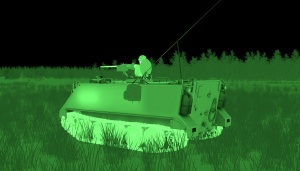