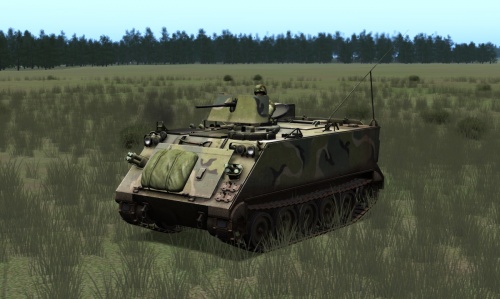 The M113A2 in Steel Beasts Professional with optional gun-shield

The M113A2 is 1979 modification to the M113A1 which replaced the shock absorbers and torsion bars for increased ground clearance and cross-country performance, and improved engine cooling by switching the locations of the fan and radiator. A number of version specific modifications were added throughout the 'A2s service life, such as the enhanced trim vane and rear mounted armored external fuel tanks replacing the internal tank on the M981 FIST-V, most of which were standardized on the later M113A3.

Beginning with version 4.250 of Steel Beasts Professional this vehicle is available with Combat Engineering capacity in addition to its role as an APC. As an Engineer vehicle it may mark cleared paths through mine fields, tow a MICLIC trailer, carry barrier material (concertina wire rolls), and construct wire obstacles in a manner identical to the M113G3 Engineer.

Nearly all users of the M113/M113A1 have undertaken this upgrade, making the M113A2 the most common version in current service. 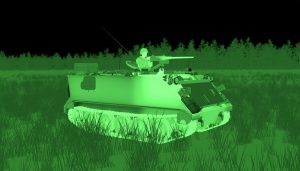 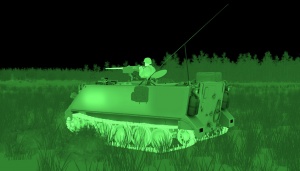