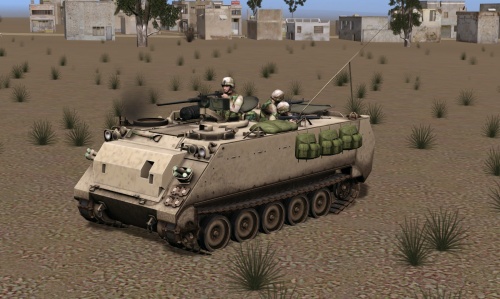 The M113A3 in Steel Beasts Professional

Entering service in 1987, the M113A3 is a re-engined, slightly up armored variant of the M113A2, itself an upgrade to the 1960's era M113A1. Principal differences include the replacement of the 215hp 6V-53 Detroit Diesel engine with the more powerful 275hp 6V-53T, replacement of the steering laterals with a steering yoke, standardization across the fleet of the armored external fuel tanks first introduced on late models of the M113A2, provision for the mounting of URDAN style applique armor, and the addition of internal spall liners to improve protection.

Despite its improved engine, cross country performance for the M113A3 is not sufficient to operate alongside modern MBTs, and although equipped with an enhanced trim vane and improved bilge pumps, the vehicle's increased weight does not allow enough freeboard for safe operation. Therefore the M113A3 is not currently cleared for amphibious operations.

Beginning with version 4.250 of Steel Beasts Professional this vehicle is available with Combat Engineering capacity in addition to its role as an APC. As an Engineer vehicle it may mark cleared paths through mine fields, tow a MICLIC trailer, carry barrier material (concertina wire rolls), and construct wire obstacles in a manner identical to the M113G3 Engineer.

This vehicle is fully modeled and crew-able at the Commander's (F7), Driver's (F9), and Squad Leader's (F11) positions.

Beyond its use with the United States military, the M113A3 has not been widely exported as most nations operating the M113A1/A2 prefer indigenous upgrade packages that either meet (such as the M113G3) or exceed (M113AS4 and M113G4-DK) the M113A3's capabilities. Declared obsolete in 2012, all members of the M113 family in U.S. service are due to be replaced by the Armored Multi-Purpose Vehicle based off of the M2 Bradley in 2020, but will continue to soldier on until then.

Beginning with revision 4.156 the M113A3 may be equipped with the Diehl Active Vehicle Protection System (AVePS) to enhance protection against RPG and ATGM threats. 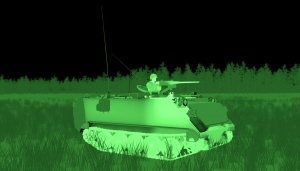 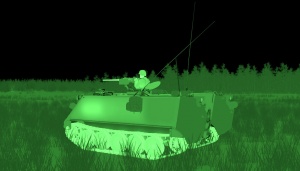