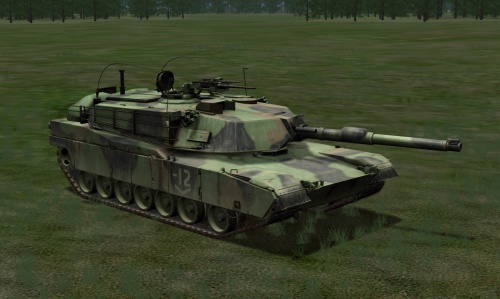 The M1A1 is a further production upgrade to the M1 tank based on improvements fielded on the M1IP. Along with the addition of the 120mm M256 cannon (a licensed copy of the Rheinmetall 120 mm L/44 gun found on the Leopard 2), restructured ammunition stowage, and redesigned blow-off panels, the tank received a pressurized NBC filtration system, full length turret sponson boxes, and a modified rear deck plate.

Manufactured from 1985, the M1A1 underwent numerous upgrades and modifications beginning with the M1A1(HA) in 1989. Although the majority of M1 series tanks that participated in the 1991 Gulf War were base M1A1s, many received additional armor plates (included in the HA version) welded to their turret fronts as a field modification just prior to the start of the war.

Additionally - for scenario designers - although production of the M1A1 began in mid 1985, initial fielding was not until September of 1986, with 2nd Squadron, 3rd ACR. Deployment to Europe was not until January of the following year, going to the M60A3 equipped 1st Armored Division first, and full deployment within USAREUR was not until early 1991. 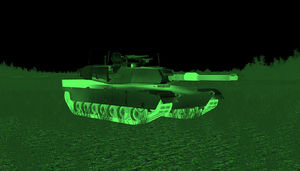 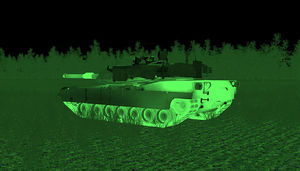 Please visit the M1A1(HA) page for detailed information on the M1A1's crew positions since both tanks are functionally identical.