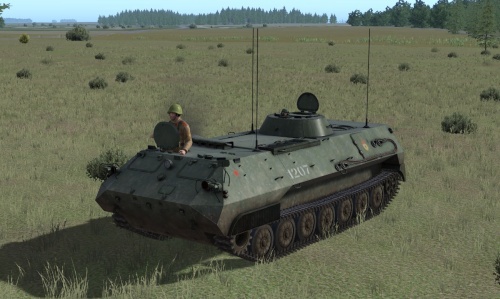 Based on the same stretched MT-LB chassis used for the 2S1 is the MT-LBu an amphibious, full-tracked, multipurpose light armored vehicle. More commonly known by its NATO reporting name “Artillery Command and Reconnaissance Vehicle (ACRV) M1974”, the MT-LBu typically sees use as a Command Post or Fire Direction Center vehicle, but outside of Russo/Soviet service performs the same roles as the MT-LB including: artillery tractor, artillery resupply vehicle, ambulance, engineering vehicle, and other specialized purposes.

The MT-LBu version modeled in Steel Beasts Professional is the MT-LBu 1V14 battery command and forward observer vehicle (ACRV M1974/2a) but lacks any “command” functionality beyond its role as a high value target, instead acting as a basic FO vehicle. As a FO vehicle the MT-LBu carries a single three man dismountable FO team equipped with 5.45mm rifles. Typically, four MT-LBu's are assigned to each artillery/guided missile battalion (self-propelled) in a given Motor-rifle or Tank Regiment (one battalion command vehicle and three battery command vehicles).

For scenario design purposes, the MT-LBu 1V14 will generally be assigned to function as part of three mobile command observation posts (COP) to supplement the artillery battalion's COP. Typically these observation posts consist of the battery commander and a four to six man vehicle crew and may include the artillery battalion's PRP-3. In the defense, Battery COPs will normally co-locate with the supported unit (Company) commander but may form part of the combat outposts in the forward security zone to control deep fires against approaching enemy formations. In the offense, Battery COPs will advance closely behind lead motorized rifle or tank elements, conducting fire missions on the move or during short halts, but may be intermixed with the the lead elements as part of the Regiment's main effort. During a march, Battery COPs will move behind the forward security element of the supported motorized rifle or tank unit to coordinate fires from the artillery reconnaissance patrol(s). 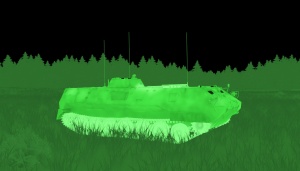 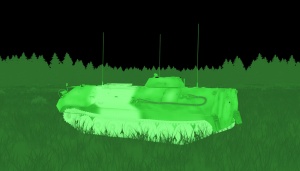