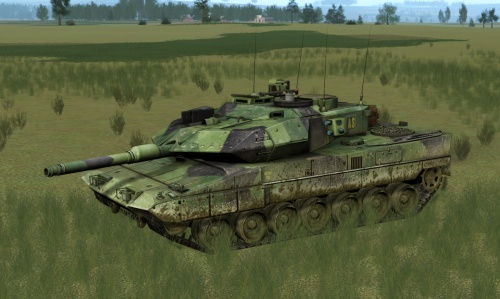 The Stridsvagn 122 in Steel Beasts Professional

The Strv122 (Strv = Stridsvagn (Tank), 12 cm gun, second version) is a main battle tank that entered Swedish service in 1997. Properly known as the Leopard 2S, it shares commonality with the KWS II development program upgrades found on the Leopard 2A5 and Leopard 2A5DK, but incorporates additional mine protection and turret roof armor.

The fire control system is a modified EMES-15, retaining the existing TIS system but incorporating a dual magnification daysight and eye safe laser range finder. The commander has both a day and thermal image channel available on his independent sight, and can view his thermal image or the GPS feed on a relaxed viewing screen. The Strv 122 commander can control the gun if the gunner is disabled, and can use the laser range finder, but is unable to apply dynamic lead and cannot control the gun in degraded fire control modes.

All of the Leopard 2 family stores most of its ammunition in the hull, and is very vulnerable during the transfer of rounds from the secondary storage into the ready racks, as the turret must be rotated to the right rear and the vehicle cannot fight. The standard Slpprj m/95 APFSDS ammunition is more effective than the DM33 round, and the Slsgr 95 HE round is more effective against light vehicles, bunkers, and infantry than DM12 HEAT rounds.

See the "Vehicle Manual Strv122" manuals in the "Documents" folder of the Steel Beasts Professional PE start menu folder for an in-depth discussion of this vehicle.

Beginning with revision 4.156 the Strv 122 may be equipped with the Diehl Active Vehicle Protection System (AVePS) to enhance protection against RPG and ATGM threats. 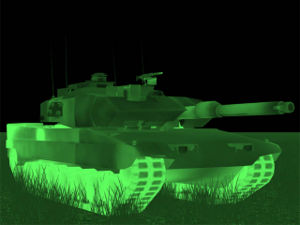 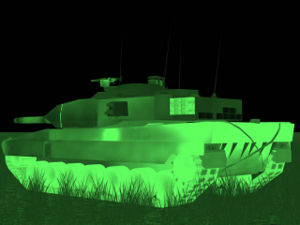