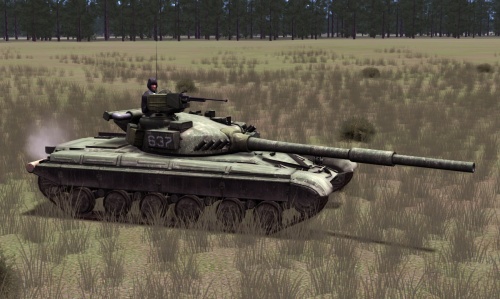 The T-64B in Steel Beasts Professional

The modeled T-64B variant reflects a later 1981 modernization with replacement of the gun by a 2A46M1, yet another stabilizer upgrade and mounting 902A "Tucha-1" smoke grenade launchers on either side of the gun. Originally manufactured in two versions, the base T-64B and the T-64B1, which lacks the ability to fire the AT-8, the base model only represents 1/3 of total production.

Note that the fielding of two different models of T-64B results from Soviet doctrine involving the role of gun-launched ATGMs. As missiles such as the AT-8 are intended for use against enemy attack helicopters and ATGM platforms rather than enemy tanks, their use is restricted to command elements only. For scenario designers this means that a typical Soviet tank company (ten tanks) only has four tanks capable of firing the AT-8: the company commander (T-64BK) and each platoon leader (T-64B x 3) while the rest of the company used the T-64B1. To replicate this, scenario designers should divide existing T-64B platoons in the Mission Editor, remove all AT-8 ammunition on the wing tanks, and recombine the platoons. 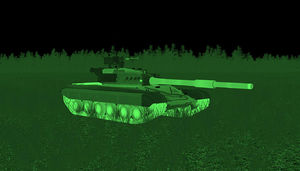 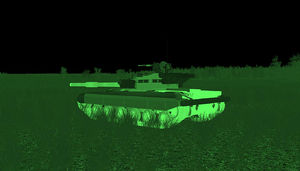