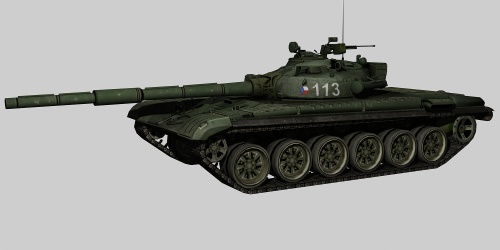 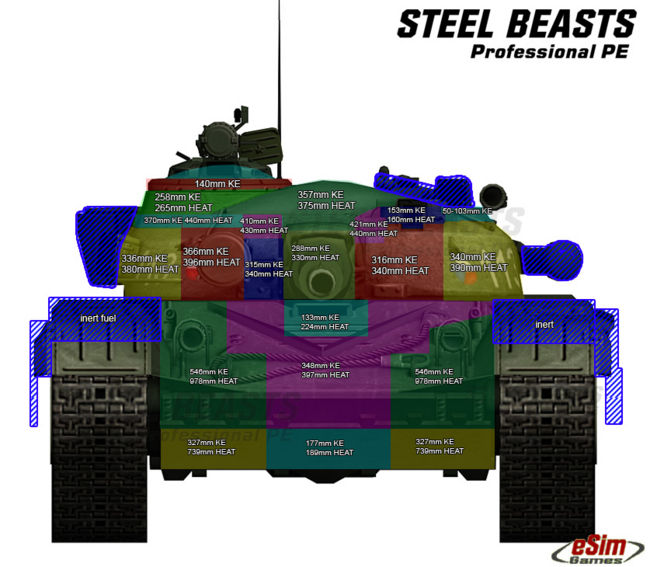 The T-72M is the export version of the original T-72 Ural, and was the main tank for Warsaw pact states like Czechoslovakia, Poland, and East Germany (DDR) during the mid to late 1980s. Compared to the T-72A, the T-72 Ural/T-72M's main identifying features is a thinner, more sloped front turret, and a lack of smoke grenades. Normally the T-72 Ural, along with nearly all Soviet era export tanks, are equipped with the TPD-2-49 coincidence optical rangefinder, but the T-72M version simulated in Steel Beasts Professional is modeled with the same 1A40 sighting complex and TPD-K1 laser rangefinder as found on the upgraded T-72 “Ural-1” (m.1976) and the later T-72A/T-72M1, allowing the vehicle to be user crew-able. Masochistic users may choose to disable the LRF in the mission editor for a more "realistic" early T-72 experience. Note that, typically, “monkey” models such as the T-72M lack features such as laminated borated polyethylene anti-radiation lining and the ability to mount mine plow/roller set later than the KMT-5/6, if at all, but due to the large amount variation from one manufacturer to another, the simulated T-72M conforms to T-72 Ural-1 standards for the sake of simplicity.

Initially intended as a "modernization" to the T-64A, the T-72 series actually uses a different hull (the modified chassis of the T-62 based Obyekt 167) and a completely redesigned fighting compartment to accommodate the carousel auto-loader. These changes turned the T-72 Ural into more of a competing design, sharing many of the same philosophies, just executed in a simpler format and introduced as a cheap to produce “mobilization” tank to fill out second echelon and reserve forces.

Entering service in 1973, the T-72 Ural is comparable, and in many cases superior, to equivalent western tanks of the same era, although export models such as the T-72M perform poorly against more modern vehicle and ammunition types. Still, the T-72M was widely produced and exported to a large number of former Russo/Soviet client states, and when equipped with modernized ammunition, can be a credible threat to even the latest armor. 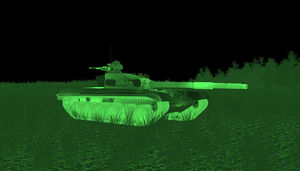 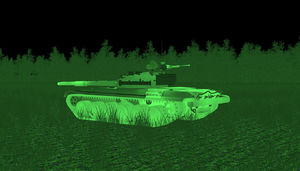 Please visit the T-72A/M1 page for detailed information on the T-72M's crew positions since both tanks are functionally identical. 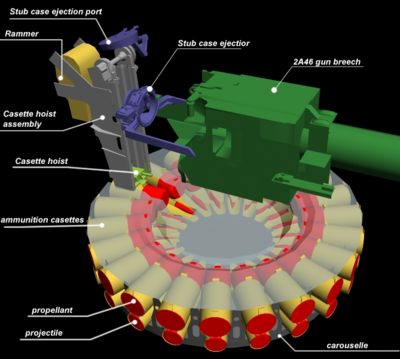 The T-72 Ural differs from most western tanks in that it does not have a human loader, and instead uses a mechanical auto-loading device to load rounds into the main gun. The auto-loader is operated by the gunner who selects the ammo type and instructs the auto-loader when to load the round. To instruct the auto-loader to load a round, press the V key from the gunner's position.

The T-72 auto-loader differs from the T-64 and T-80 basket auto-loader, in that it has both propellant and projectile stored horizontally. The carousel is in turn covered by the turret floor and a steel loading gate, reducing the chance of loaded rounds detonating from fire or spall, unlike the exposed upright charges on the T-64 and T-80.


There have been rumors that the auto-loader has eaten the hands of gunners, and fed them into the main gun breech, but this is impossible as the gunner would have to put his hand into the breech, after pushing the gun load button. Most likely, the source of this urban legend goes back the the very first auto-loader models that were integrated into the T-62 as well as the unprotected hydraulic loading mechanism of the BMP-1 where a uniform could get snagged with moving parts and result in injuries.


In the case of an auto-loader failure, the TC has 2 manual cranks, one of which is attached to a bicycle chain, to rotate the carousel, and hoist the ammunition elevator. However, this is painstakingly slow, taking over 1 minute to complete the loading of a single round. Fortunately the auto-loader is very simple, and extremely reliable.


Auto-loader in action
Carousel in action