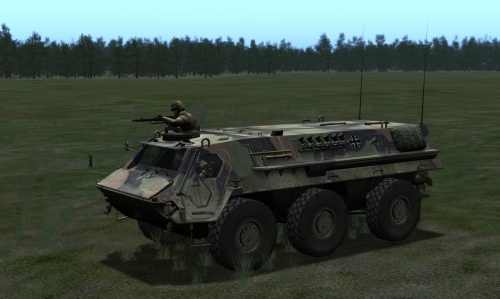 The Transportpanzer Fuchs 1A6 in Steel Beasts Professional

The Transportpanzer (TPz) 1 is a 6x6 armored personnel carrier and general purpose armored transport that entered service in 1978. Fully amphibious with minimal preparation, the Fuchs is easily adaptable to multiple roles. It is currently in service with the German Bundeswehr, including the United States as the M93 Fox NBC reconnaissance vehicle, along with several other countries. Beginning with version 3.002 of Steel Beasts Professional this vehicle is available with Combat Engineering capacity, allowing it to mark cleared paths through mine fields, tow a MICLIC trailer (rev. 4.250), carry barrier material (concertina wire rolls), and construct wire obstacles in a manner identical to the M113A3 Engineer.

This vehicle is fully modeled both as an APC and Engineer.

The dismount section for the Fuchs APC is 8 men, equipped with 2 M136 (AT-4) light anti-armor weapons, an MG3, and 5,56mm rifles, while he engineer version carries an 8 man pioneer section equipped with only rifles. 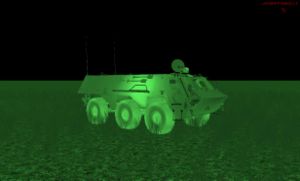 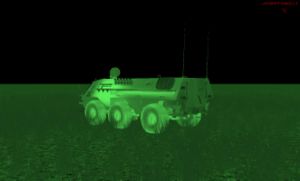