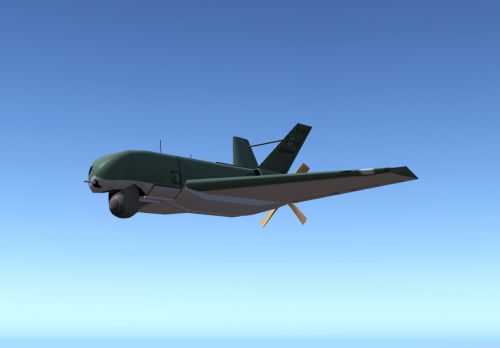 The UAV in Steel Beasts Professional

Revision 2.404 saw the inclusion of a medium-sized, unmanned aerial vehicle equipped with optical and thermal cameras, GPS receiver, and laser range finder for use as a call for fire platform. Note that this UAV is unarmed. The SAGEM Sperwer UAV is used as the generic external model, but even though it is named as such, the UAV is not modeled in-sim to represent the actual performance characteristics of the Sperwer. This element is placed on the map like any other unit.

The UAV may be controlled by a human player during solitaire and network training sessions using the Q and Z keys to change flight height and the W A S D keys to control direction (A and D) and speed (W and S). If the UAV is on autopilot (i.e. it has not been manually steered it off a route) then it will loiter in a circle upon reaching the end of its current route. The UAV's dual channel HD camera is controlled by either the mouse or joystick with the either the Ctrl key or joystick button 2 being used to fire the laser.

UAVs under computer control are “blind”, and will not report enemy units. Consequently, computer-controlled units will hold their fire in the presence of a UAV unless it is under control of a human player (note these units can be very difficult to shoot down, even with 3P ammo and proximity fuse selected). The F7 view of the UAV is mute (there is still sound from the external position).

Revision 2.416 implemented a “target lock” mode for UAV sights. The target lock will automatically turn on when a point is lased and will turn off when the camera is deliberately moved from the lased target. When using a joystick for camera movement, there is a 3 second period after lasing that further joystick movement will not cancel the target lock. This is necessary because the joystick will almost certainly be offset when the point is lased. The user must center the joystick within 3 seconds of lasing if the user wishes the target lock to continue.

Air defense artillery units will be the primary weapon system to engage UAVs (which have very low priority for computer-controlled units), while other units will fire only small and medium caliber weapons. 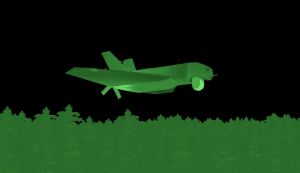 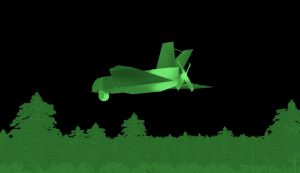