The UAZ-2206 ambulance is a modification of the ubiquitous UAZ-2206 series of 4x4 utility trucks. Although modeled with civilian markings, in Russian military service it is known as the UAZ-452, and is the principal ambulance at the Regimental level and below. Typically one each is assigned to motor-rifle and tank battalions, one in the Regiment's artillery battalion, and four others retained at the Regimental Medical Point. This contrasts sharply with equivalent sized western units, as a typical U.S. heavy brigade maintains not only nine wheeled ambulances, but an additional eighteen tracked ambulances.

Unarmed and completely unprotected, the UAZ-2206 Ambulance is intended to play the role of civilian non-combatant and therefore lacks the capabilities and strictures of "true" ambulance vehicles. Despite this, the vehicle may be scripted to carry a dismounted Medic Team or - like its UAZ 2206 Minibus counterpart) - up to nine dismounted troops. 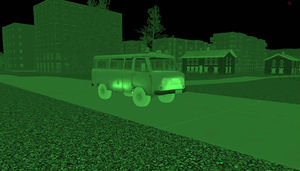 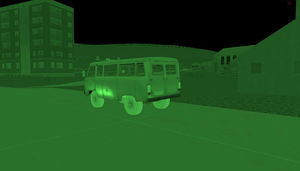