Is there an upgraded version 4.0 "Chinese Farm" Operation? 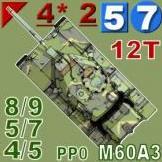