Milan team has no milan missiles ? 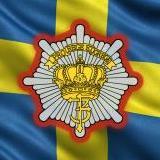 By JUST,
March 4 in Scenario and Maps