Random Placement of Units or Waypoints? 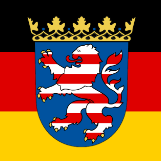 By TilvaItar,
May 1 in Scenario and Maps