How to make ownside units invisible on map? 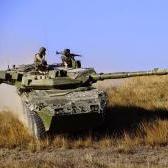